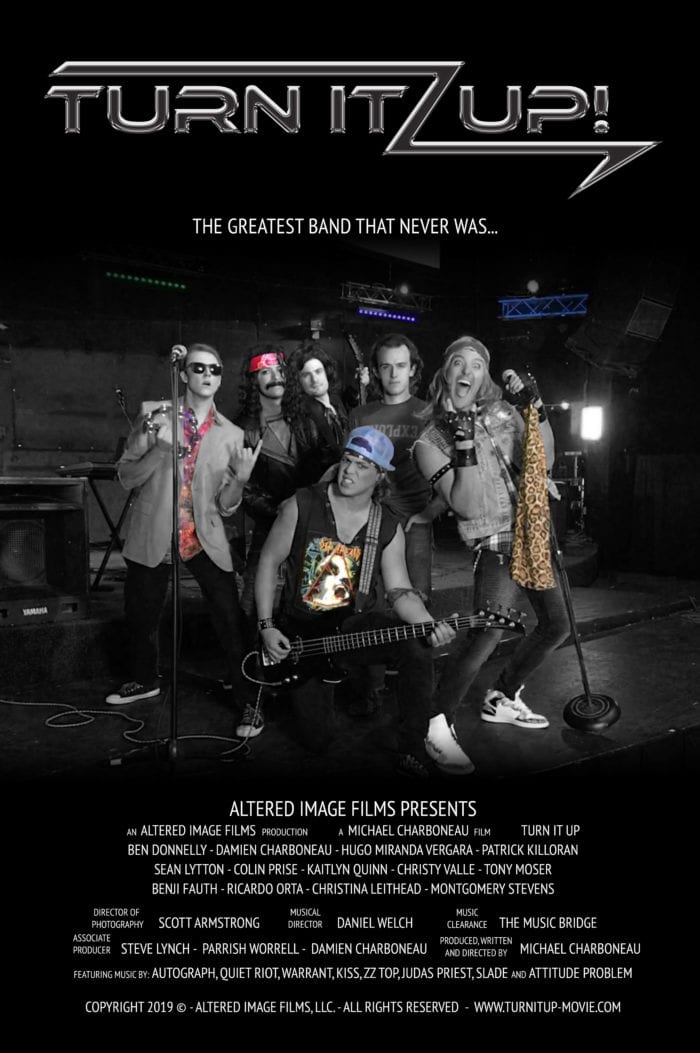 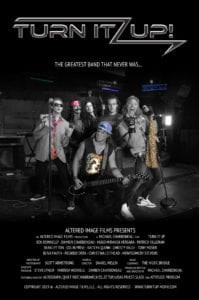 The movie “Turn it Up” has been a journey of thirty-three years in the making. Based on “mostly-true” events from the youth of Producer/Director/Writer and Idaho Falls native Michael Charboneau. It was written about Idaho Falls of 1985 and is packed with nostalgia and references to area locations.“Turn it Up” is a coming of age comedy about six guys from small town anywhere chasing the dreams of rock stardom. Through sheer tenacity and blatant exaggeration, their band Attitude Problem is offered the headlining slot for a day long music festival called, “Can Jam.” The dilemma ensues to actually find time to practice and get good, or let the mayhem of the 80’s make them a footnote in history as, “The greatest band that never was.”Music plays a large part in the film and features a soundtrack of some of the greatest songs from the 1980s. Steve Lynch, founding member and lead guitarist with the 1980s band “Autograph,” is an Associate Producer on the film. Lynch provided his iconic song “Turn Up the Radio,” for the soundtrack. The movie will premiere to the public on Friday, March 29, 7:00 p.m., at Paramount Triplex Theatre. Tickets are available for pre-purchase from the Paramount box office. Additional screening times will be added as shows sell out.For more information, please visit www.turnitup-movie.com, or follow the Facebook page for current announcements, https://www.facebook.com/TurnItUp-Movie/. The Paramount Triplex Theatre address is 2085 Niagara St, Idaho Falls, ID.